“I’m not familiar with the documentary you’re talking about, but I’m very familiar with the shared values ​​that make the United States and India two thriving and vibrant democracies,” US State Department spokesman Ned Price said on Monday in response to a media inquiry about a BBC documentary on Prime Minister Narendra Modi, which caused controversy after its release.

Calling India’s democracy vibrant, he said “we look for all that binds us together and seek to strengthen all those elements that bind us together,” highlighting the diplomatic ties the US and India share with each other.

He also highlighted the fact that the partnership that the US shares with India is extremely deep and that both nations share the values ​​that are common to American and Indian democracy.

“I don’t know about that documentary that you’re referring to, but I will say in broad terms that there are a number of elements that underlie the global strategic partnership that we have with our Indian partners.

Last week, UK Prime Minister Rishi Sunak defended Prime Minister Narendra Modi and distanced himself from the BBC documentary series, saying he “disagrees with the characterization” of his Indian counterpart.

Mr Sunak made these remarks about the controversial documentary, which was raised in the British Parliament by Pakistani MP Imran Hussain.

“The UK Government’s position on this matter is clear and long-standing and has not changed, of course we do not tolerate persecution wherever it occurs, but I am not sure that I agree at all with the characterization that the honorable gentleman put on ” Mr Sunak said while responding to Hussain’s question in the BBC report.

The UK’s national broadcaster BBC aired a two-part series attacking Prime Minister Narendra Modi’s tenure as Chief Minister of Gujarat during the Gujarat riots of 2002. The documentary sparked outrage and was pulled from select platforms.

The Foreign Office responded to the BBC story by saying it was entirely biased.

While speaking to a weekly in New Delhi, MEA spokesperson

Arindam Bagchi said, “We believe this is propaganda material
no objectivity. This is biased. Note that this has not been screened in India.

We don’t want to answer any more on this matter so we don’t get too much dignity.”

He even raised questions about “the purpose of the teaching and the agenda behind it.”

“The documentary is a reflection of the agency and the individuals who are re-propagating this narrative. This makes us wonder about the purpose of the exercise and the agenda behind it; frankly, we don’t want to respect those efforts,” he added.

Referring to apparent remarks made by former UK minister Jack Straw in the documentary series, Mr Bagchi said: “He (Jack Straw) seems to be referring to some internal UK report. How can I access this? This is a 20-year-old report. Why throw it away now? Just because Jack Straw says it, how is it given so much legitimacy.

“I heard words like investigation and investigation. There is a reason we use the colonial mindset. We don’t use words freely. What investigation were diplomats there… investigation, are they running the country?” asked Mr. Bagchi.

Prominent British citizens of Indian origin condemned the series. Prominent UK citizen Lord Rami Ranger said that “BBC has caused a lot of pain to over one billion Indians”.

Furthermore, the US department spokesperson also said that the US has always called for regional stability in South Asia and that its relations with India and Pakistan are on their own.

He further stated that the pace and scope of India-Pakistan dialogue is clearly a matter for both sides.

(Except for the headline, this story was not edited by NDTV staff and was published by a syndicated channel.)

Featured Video of the Day

Republicans regain control of the House with a narrow majority 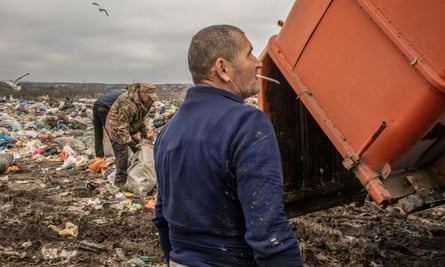 Russians accused of burning bodies at the landfill in Kherson | Ukraine