It was New Year’s, one of the most beloved holidays in Russia. New recruits under President Vladimir Putin war against Ukraine – hundreds of them mobilized just months ago – were housed in makeshift barracks, a vocational school in the occupied town of Makeevka, in the Donetsk region. Next door was a large ammunition depot.

The soldiers missed their wives, their families, so they turned on their cell phones and called home. Suddenly, HIMARS missiles, satellite-guided precision weapons that the United States has supplied to Ukraine, hit the school, almost completely destroying it and igniting the ammunition cache.

That, at least officially, is how the Russian military is explaining the deadliest known attack on Russian forces in Ukraine since the war began in February 2022. The Ministry of Defense blamed the troops themselves, saying the “root cause” of the attack was the use of on mobile phones “contrary to the ban”. Russian troops are banned from using personal cellphones in the field because their signals have been geolocated to target and kill other Russian forces.

But that explanation, and the details of the attack that surfaced, ignited an extremely public national blame game among Russians.

It started with the death toll. Russia’s defense ministry initially said 63 soldiers were killed, then raised that number to 89. Ukraine says the number was roughly 400. But even Russian pro-military bloggers, an increasingly influential element in how Russian civilians receive information on what is really happening in Ukraine dismissed the official count as estimating that hundreds of soldiers had died. The actual number is not yet known.

One of those bloggers Semyon Pegovwho goes by the online name “War Gonzo” and was recently awarded a medal by Vladimir Putin, also rejected the military’s claim about the cellphones, calling it a “blatant attempt at incrimination.”

“Grey Area”, another blogger called the cell phone explanation “99% a lie,” an attempt to avoid responsibility. He said it was more likely an intelligence failure.

Russian lawmakers stepped in, demanding an investigation into exactly who ordered so many soldiers to be temporarily housed in an unsecured building. Sergei Mironov, a prominent politician and party leader, said there should be “personal criminal responsibility” for any officer or other military personnel who made this decision. And suggesting that the military had taken a careless approach to the war, he warned: “It’s time to realize that it’s not going to be the same as it was before.”

“This is a battle for the future of Russia,” Mironov said. “We must win it!”

Mironov’s comments touched a nerve. Hardliners like him believe that Putin’s September “partial mobilization” of reservists, calling for 300,000 men, did not go far enough. They want a full mobilization that would put the whole country on a fighting footing. And they want a revenge against Ukraine.

So far, however, no one – at least publicly – has blamed Vladimir Putin for the death. Margarita Simonyan, editor-in-chief of the state-run international network RT and a regular on local Russian television talk shows, said she hoped “responsible officials will be held accountable” and their names released. But she also hinted that the attack could fuel public discontent: “It is high time we understand that impunity does not lead to social harmony. Impunity leads to more crime and, as a consequence, public discontent.”

Many of the soldiers who died near Makeevka came from Samara, a city on the Volga River in southwestern Russia, and families of those killed mourned their loved ones, carrying red carnations at a rare public memorial service, as priests led people in prayer and a choir sang the liturgy for young men who had recently been sent to the front.

The Defense Ministry’s admission that a significant number of mobilized soldiers died in the attack, as well as the open debate among military bloggers, are signs that the Kremlin is taking the Makeevka attack very seriously. After all, Putin’s government has the means to stop coverage of events it doesn’t want the public to know about.

Even in this “open” discussion, several commentators have raised the possibility that “informants” tipped off the enemy, a conspiracy theory that Russian state propaganda media often promote. Then there is the usual complaint after almost every tragedy in Russia, blaming “carelessness”: carelessness.

But the finger of blame so far is only pointed at the military leaders, not higher up. President Putin has made no public comment on the Makeevka attack, a strong indication that he intends to stay as far away from an obvious failure as possible. 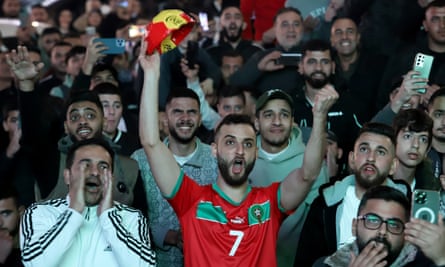